Founders in the Co.Labs program have come from all walks of life, you don't have to be a developer to apply!

Most have a narrow view of what a tech founder looks like. Close your eyes, what do you think of? Probably a Computer Science grad (or dropout - which is even better), who built a couple of apps when they were 14, and now they’re building the next great SaaS or hardware company that will revolutionize how we do X.

While this can be a path for some, the truth is that tech founders come from all walks of life. Founders in our programs have been banking executives, hairstylists, psychologists, students, or basically anything… ever.

Non-traditional founders were in the spotlight of the last Co.Launch cohort, as the two startups that took home cash had a total of zero technical founders when they joined the program, and both founders followed unique paths to becoming tech founders.

Rachel Drew is the founder of Cadence, which supports people in completing the administrative tasks that follow a death occurring in a family. Cadence is currently in the product development phase, and they’ll begin testing the product with some early adopters in the next month or so.

Cadence sounds like a great and pretty straightforward idea (it is), but Rachel’s path to building Cadence was a journey filled with self-doubt, thinking she didn’t have the capability to build a product that was near and dear to her.

In 2014 Rachel’s mom passed, and amid her grieving, she experienced how frustrating it is to complete the required paperwork after someone passes away. She struggled to find what form of notice each place needed, filling in dozens of forms, hours of phone calls, and meetings to navigate the process. Knowing there had to be a better way, she started researching how the process could be made more efficient for all parties.

Rachel however, had just founded Farside Safety Services, an occupational health and safety management firm, and she had beyond a full plate, so she decided to put the idea on hold.

It wasn’t until 2020 when Rachel had stumbled upon Co.Launch that she finally decided to take the plunge. At this point, she was running her main business, was in law school, and is a mother - which we believe puts her in the running for the busiest person in Co.Launch history.

Rachel, powered through her crazy schedule, won the Co.Launch Finale (and 10K) and is now ready to improve the lives of those dealing with a tragic loss.

Dawson Norrish is the CEO and Founder of Arctic Shelf, a refrigerated locker system designed to solve the issues around shared fridges and give staff and students a safe place to store their food at university and work - no more name tags on your lunch or worrying about your co-workers stealing your pizza.

Dawson is one of the youngest founders to take home cash during Co.Launch, having completed the program the same month he graduated from the University of Saskatchewan.

When in university, he struggled with eating healthy food with his busy schedule and starting brainstorming solutions for his problem.

He settled on the idea of refrigerated storage lockers after completing surveys with students where 70% said they would utilize cold storage lockers and 40% said they were willing to pay for it. He knew there was a market for this technology and that students were tired of eating mediocre cafeteria food and lukewarm chicken and rice out of Tupperware.

After attending a couple of Co.Labs events and emailing our team 5 times about when applications opened up, Dawson eventually applied and got into the Co.Launch program!

He hasn’t looked back since completing product manufacturing and securing his first couple of contracts with the University of Saskatchewan and a few local businesses.

Dawson used his initial validation to raise $400,000 from local angels and VCs and, (more importantly), picked up a check for $5,000 and some bragging right from the Co.Launch Finale.

We firmly believe being a founder isn’t for everyone, it’s challenging, takes patience, and requires an unprecedented work ethic.

However, what isn’t required is a traditional tech background - people from all walks of life come into our program and thrive.

Applications are now open for Co.Launch and are open until January 17th. 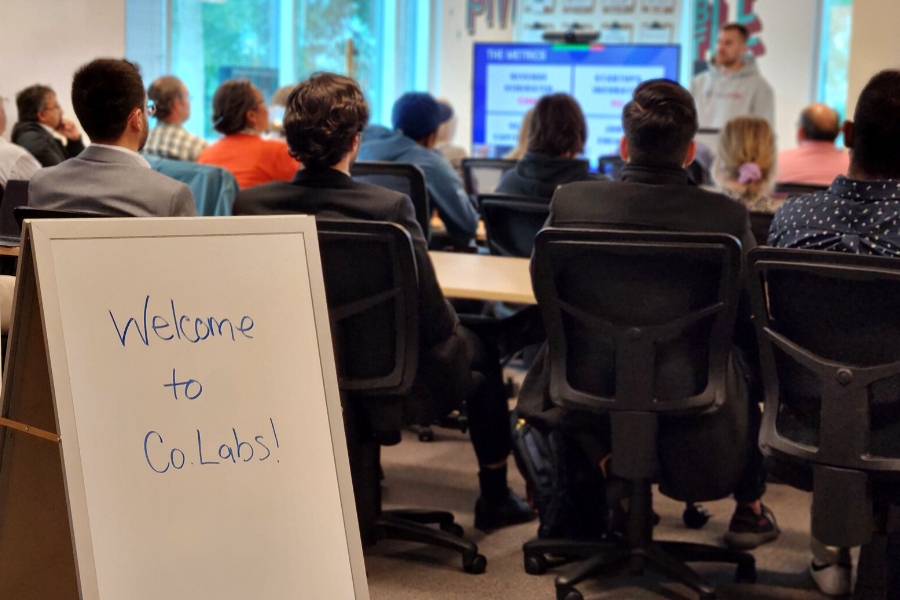 From 21 to 11: meet the Co.Launch tech startups of Cohort X! 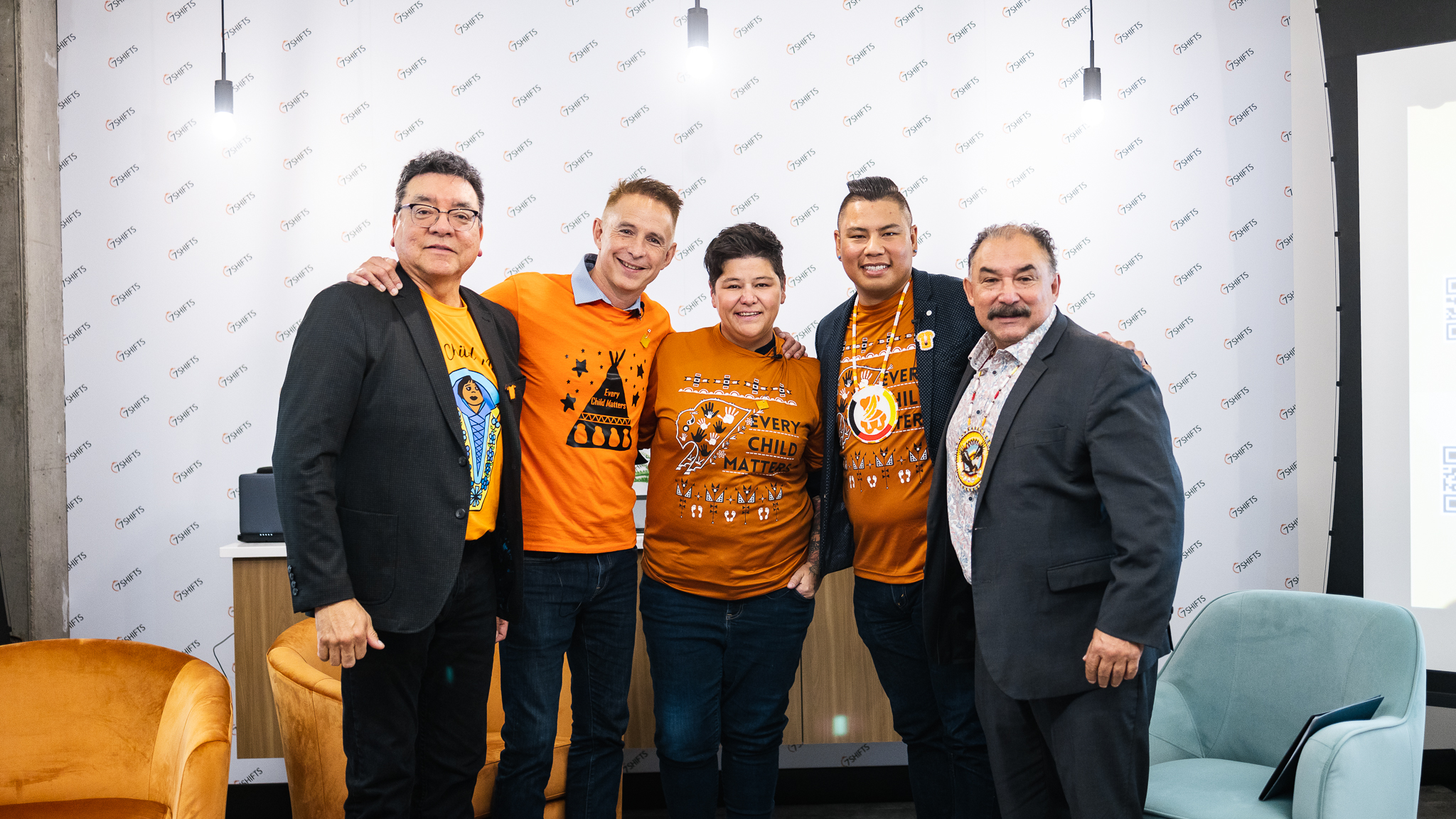 Get the highlights from our first-ever DIT event, featuring empowering discussions of hope, perseverance, and success from Indigenous leaders in tech. 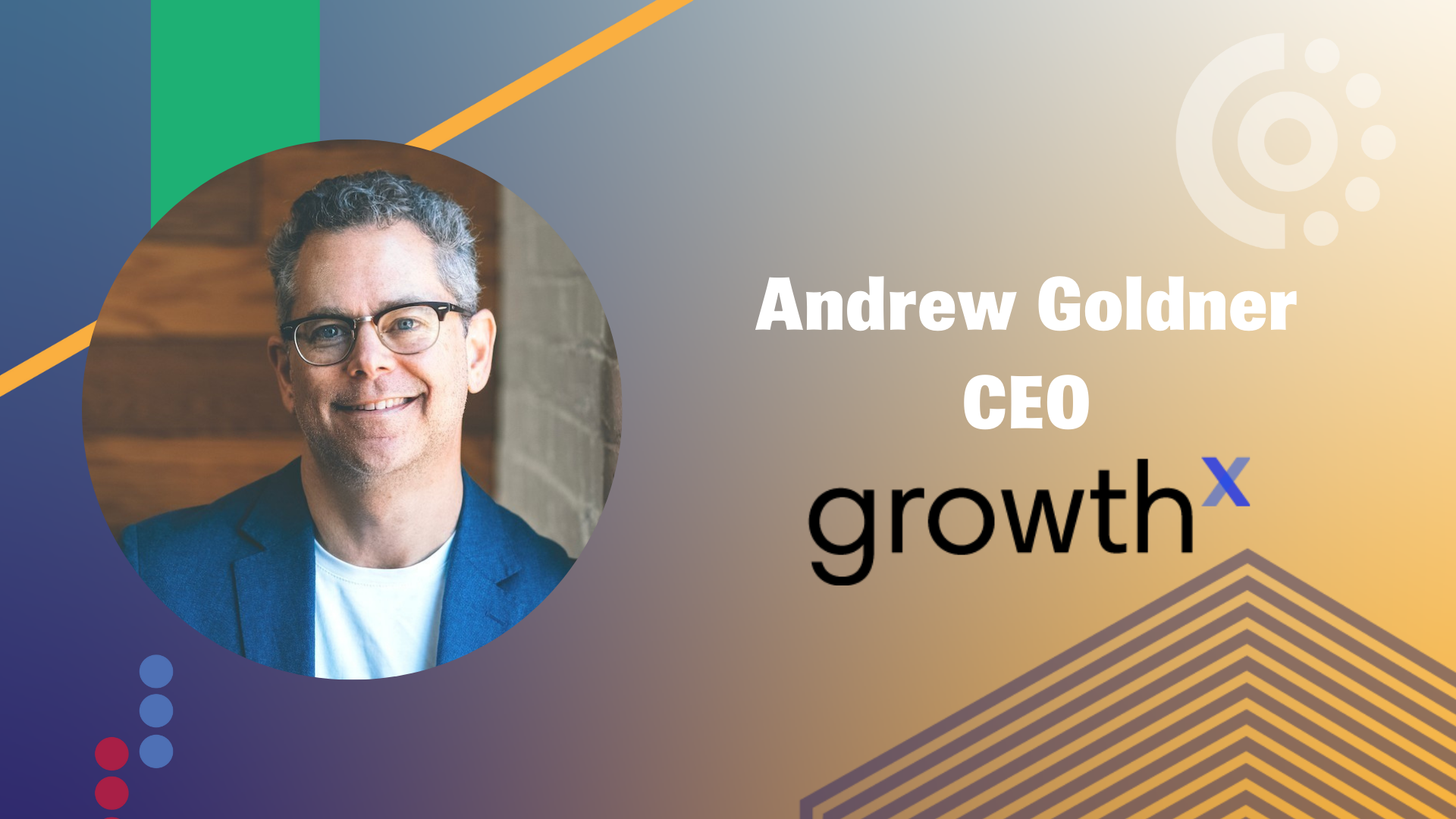